Happy Friday you lovely lot!
Here we are again, another week has passed and I am sat writing this weeks Little Loves post after a day of clearing out all the toy drawers and wondering what I need to do to baby proof my house, as P is most certainly starting to move around a bit more. It may just be an army crawl and roll right now but I know it won’t be long! This milestone makes me a little nervous if I’m honest. Becoming mobile really is a sign that your baby really isn’t a ‘baby’anymore. The last 7 months have gone so quickly and before I know it P will be like LB and only a few months away from starting school. Time is so precious!

This weeks Little Loves are Once Upon A Time, Cupcakes & A Baby Shower

Too much TV watching to get much reading done I’m afraid, but I have just spent the whole of this evening searching for new car insurance and I must have read and written my own details about 500 times to find a good quote. Oh the joys of adult life.

I am well and truly into festival choreography season right now, with every weekend in June taken up with competition and a show.  There are too many new dances being created to keep track of! I have Music ranging from Frozen, Moana and Trolls to Bruno Mars, Ariana Grande and Passenger going around my head at the minute.

I am well and truly addicted to Once Upon A Time. I started it on Netflix last Friday and I’m now on Series 2 having watched nearly 30 episodes! I can’t believe I haven’t watched it before. I could be in for the long haul though as it has 6 series and about 130 episodes.
I’ve been having rather late nights and I’ve realised I obviously have a little more time on my hands than I thought, though going to bed close to/past midnight is not great for my ability to function when P wakes through the night as he’s teething.

Apart from the spectacularly iced Paw Patrol cupcakes you ask?
Well homemade pizza,  stir fry, a Quinoa bowl and a BBQ i guess. Getting back into my cooking which is nice as we are choosing a real variety of dinners rather than the old favourites all the time. 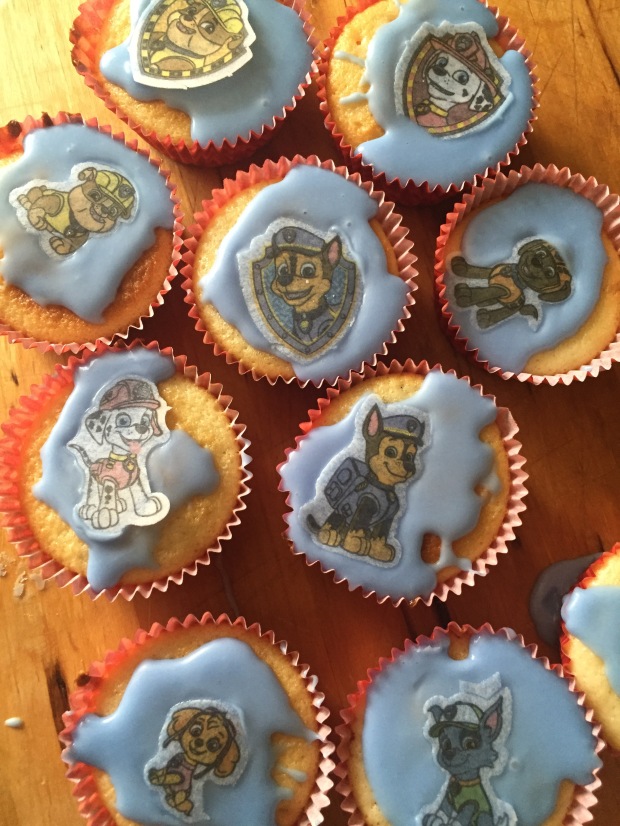 This weeks weather has been a right mix! Some days we have been wrapped up with jackets and contemplating woolly hats and the next LB is stripping off his top in the garden while we lay on rugs playing, I even had to put suncream on him!

On Saturday I went to my best friends baby shower, a friend I have known since birth and one of my bridesmaids. She is only a few weeks off having her first child and I am so excited for her and looking forward to sharing motherhood with her. I have made lots of new friends since becoming a mum, but out of my long term friends I am one of the only ones to be married with kids, so it’s nice to be able to know someone before and after children and watch how we all grow through this next season of our lives. Her sister made this amazing Peter Rabbit baby shower cake-beautiful and tasted amazing too! 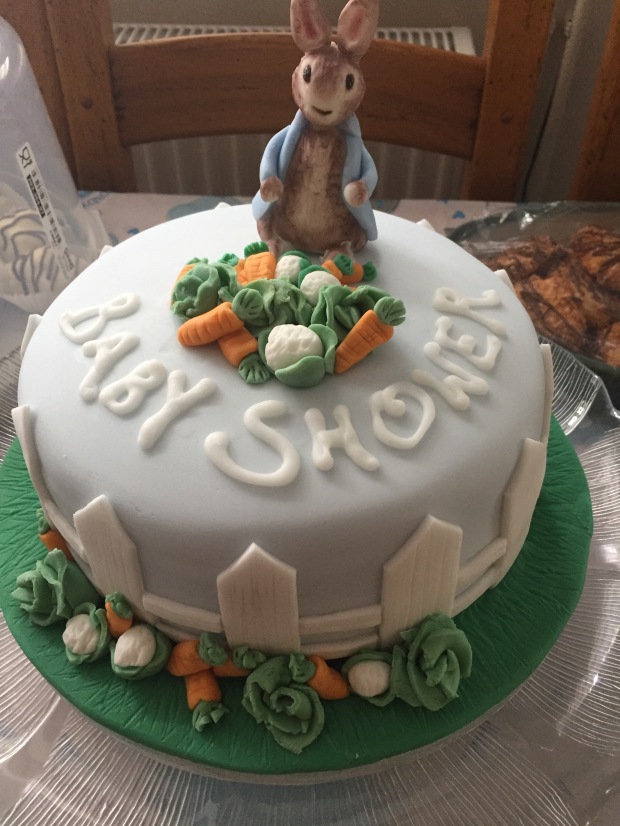 4 thoughts on “Once Upon A Time, Cupcakes & A Baby Shower #LittleLoves #19”