Another week flown by in a breeze.
We’ve had sunshine & rain & some very early mornings here thanks to the sunrise!
We’ve had terrible behaviour and wonderful behaviour from LB
as well as some much needed time to ourselves.

This weeks Little Loves are Ghostbusters, Tigger and time to ourselves.

I finished Fearne Cottons Happy and will almost definitely be rereading.
I’ve picked up my kindle a couple of times to try and get back into Girl on a Train with not much luck. I have ended up reading Dance Studio Transformation and looking into the business side of my school more instead. 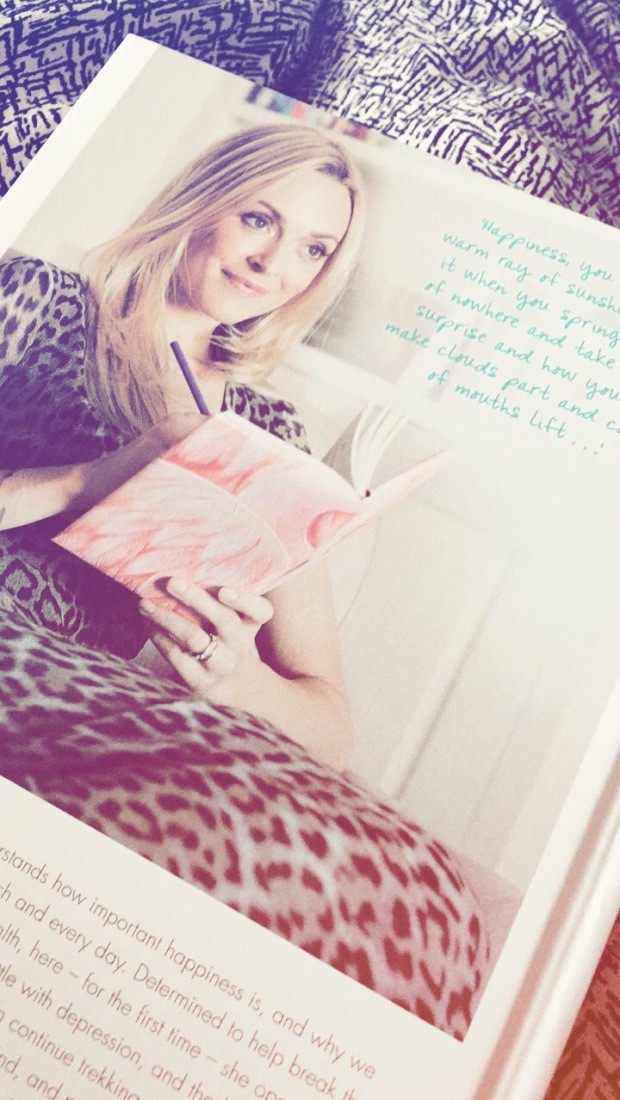 I have been listening to a bit more music this week as I’d got out of the habit.
Playing Amazon Music playlists when I’m cleaning or pottering around the house.
We have had kitchen discos and chilled out sounds and I’ve been loving a bit of everything.

I also heard some wonderful comments from some of our parents at my Performing Arts School and this was a rather lovely one. 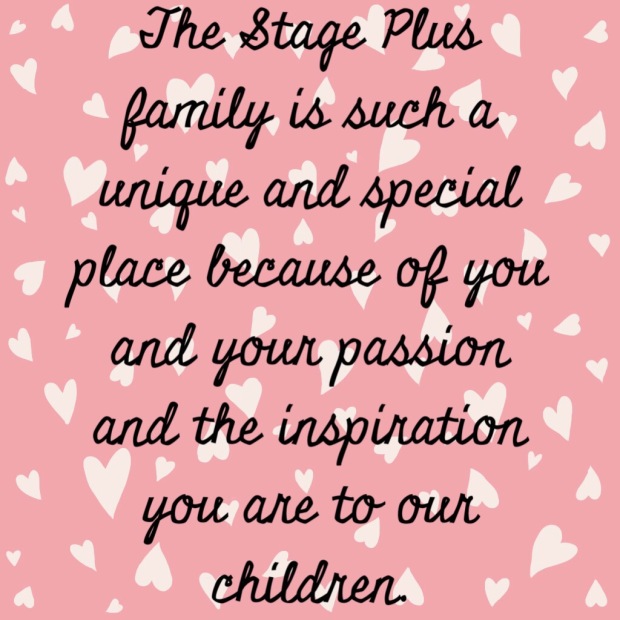 I watched the Ab Fab film last Friday. It was ok but not great if I’m honest!
I was clearing out cupboards while i was watching and although I’m glad I watched it it wasn’t quite as good as I’d hoped.

Then on Saturday I watched Ghostbusters which I must say I really enjoyed. The hubby didn’t want to watch with me, but we ended up eating our Chinese in front of it and both had a chuckle. And with Chris Hemsworth I mean come on ….

I made a Jamie Oliver recipe ‘Sausage Panzanella’ which had a huge amount of flavour with the herbs, olives and tomatoes and apart from the soggy bread which hubby wasn’t so keen on, it even went down well with LB. 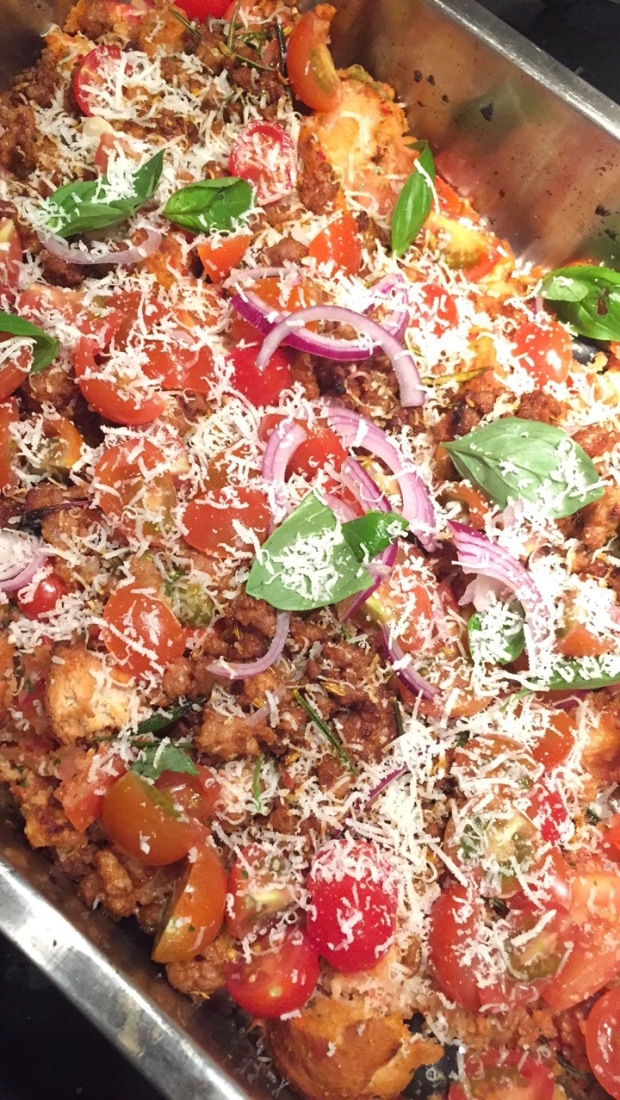 Ps new favourite place to be is in his doorway bouncer and the fact that he looks like a little tigger in it is just too cute. 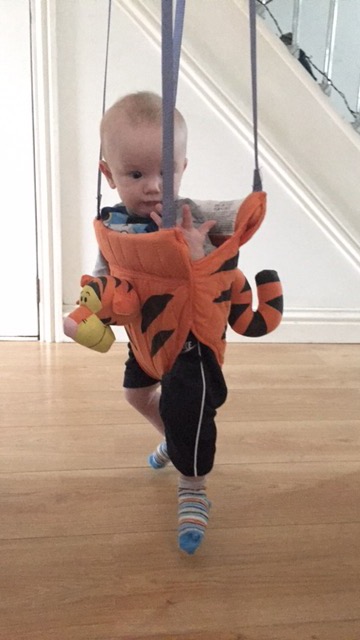 Last weekend the boys went to their Grandparents for the day and then P came home but LB stayed for a sleepover.  Nanny wasn’t sure she could handle a 3am wake up call instead they all had to go to bed early as LB wouldnt go to bed alone and then they were playing on the iPad by 5.45am – Oops. 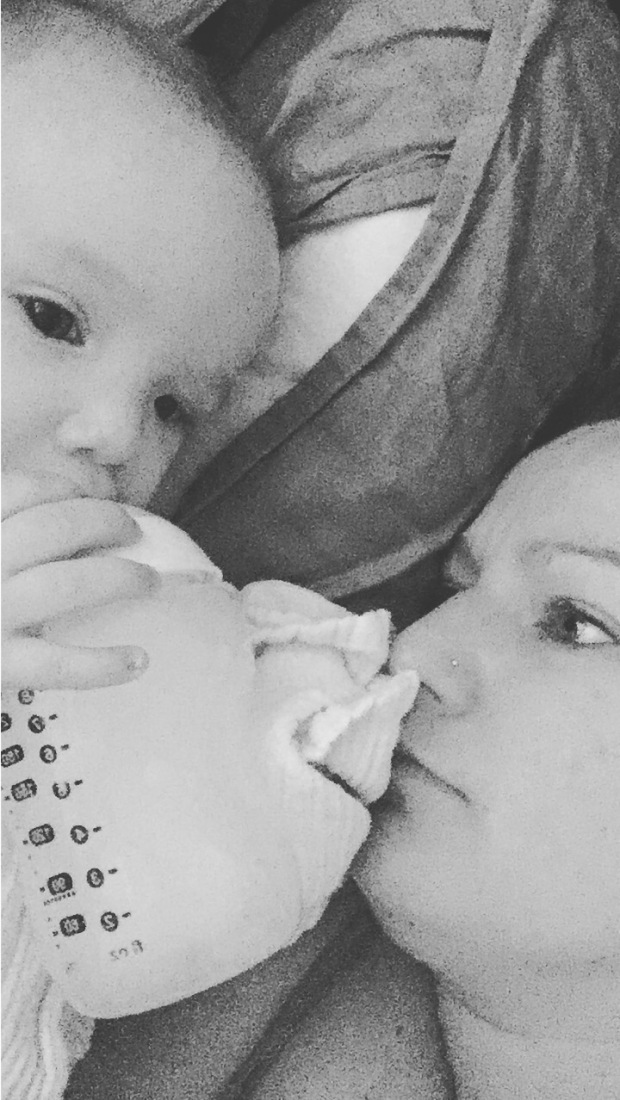 It meant that i got a daytime bath, the chance to finish my book and watch crap TV. Then enjoy a chinese takeaway and a film with my hubby and he even did the middle of the night bottle! Woohoo! We then laid in bed in the morning with a cuppa playing with P, without being dragged downstairs for breakfast and got to snooze again when he napped. I felt nice and rested – for a couple of days that is! 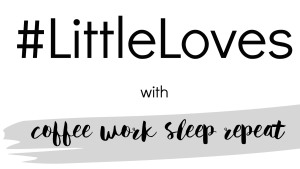 6 thoughts on “Ghostbusters, Tigger & time to ourselves #LittleLoves #12”