Hello everyone here we are again at another Friday, another week whizzed by,
another month started and closer to the sparkliest time of year!

P will be 4 weeks old tomorrow and between the sleepless nights and sorting out a very poorly LB this week it’s been a bit of a stressful one where I’ve certainly felt the strain,
but as always you can find something good, something that made you smile!

This weeks Little Loves are Monster Shakes, Christmas Magazines
and my boy getting better!

I treated myself to a December Christmassy magazine while doing the food shop yesterday. I’ve only managed to have a quick flick through but I’m loving the festive feel kicking in. I love Christmas even though we always get stressed out financially, the magic,  the spirit, the sparkle, the joy, the time spent with family and friends, it always makes me so happy.

I haven’t listened to any music really this week apart from what I’ve caught on the radio when driving but nothing has jumped out at me!

I’ve heard plenty of crying (a baby and a poorly little boy will do that to you)
though that’s not really something to love!
I’m certainly feeling the exhaustion kicking in now.

Lots of Paw Patrol and Blaze and the Monster Machines as LB has been poorly and has just wanted me laying on the sofa with him all week! Not really the productive week of him being back at preschool and Mummy and P getting into a routine that I’d hoped, but I’m so pleased that he seems to be on the mend.
It’s been a scary few days in and out of the doctors and children’s ward due to a sudden rash coming up on Tuesday followed by rapid swelling of all his joints which had him in agony whenever he stood or used his hands.
We have been back to the hospital this morning for a check up and fingers crossed he seems to be on the mend.  The blood tests and canula were obviously not our favourite parts of the week. 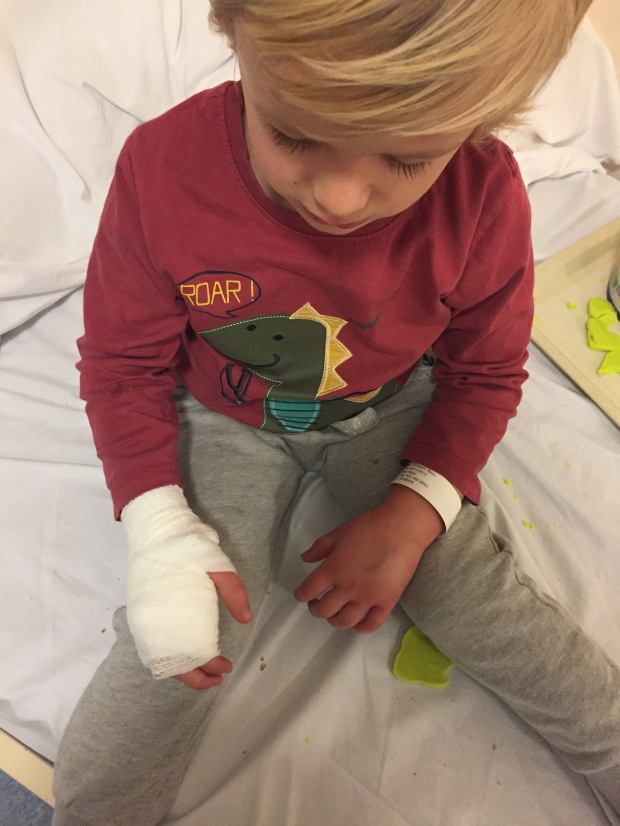 Monster Shakes! Oh My Goodness After seeing KA over at LifeAsOurLittleFamily had made this amazing milkshake I had to give them a go. We made a few little tweaks due to what we had in the fridge/freezer and wow they tasted amazing and were such a lovely little treat for us all!
Caramel Ice Cream, Nutella, Milk, Hundreds and Thousands,
Mini Marshmallows, Whipped Cream and a Cookie.
I’m salivating just thinking about it!

P has been wrapped up in his little all in one for the school run, looking so adorable,
a wonderful little gift from my brother in laws parents.

And I have fitted in to pre pregnancy jeans.
Yes 4 weeks after P was born, i am in clothes that to be honest i didn’t even wear before i got pregnant.  I’m smaller than i have been in a while.
All hail the Gestational Diabetes Diet!
Though I must admit to enjoying treats and alcohol again.

I can’t believe another month in 2016 has gone.
Goodbye October, definitely the best month for us with the birth of P and Daddys 40th Birthday.  Its been quiet on the routine front but obviously crazy with visitors, which has been wonderful.
Though if I am honest I’m looking forward to November and getting us into a routine, trying to work out the logistics of two children and a business as well as catching up with some bits and pieces that went by the wayside a little last month.
Most importantly though to spend some time as a family and hopefully at some point
get some much needed shut eye! 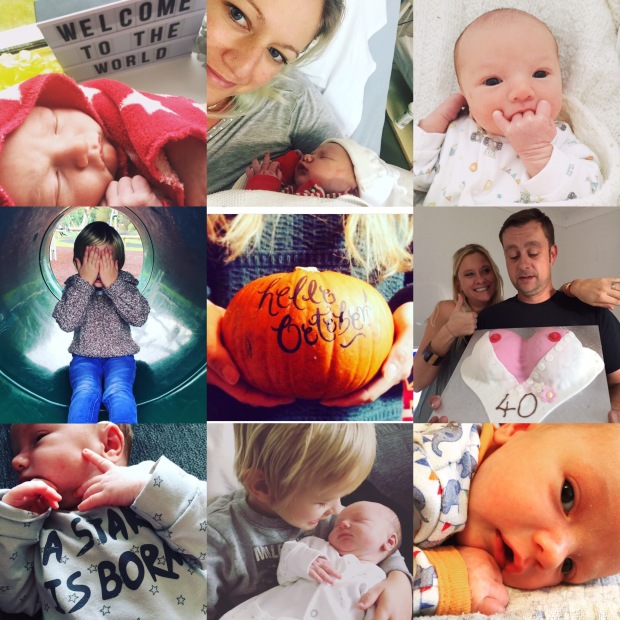 I’m linking up for this weeks #Little Loves over at LifeAsOurLittleFamily as Morgana and her family are enjoying a wonderful break at Disneyland, the lucky devils.

10 thoughts on “Monster Shakes, Christmas Magazines and My Boy getting better #LittleLoves #44”