So here I am at 32 weeks and 4 days pregnant.
The ‘home stretch’ is getting shorter by the day and a little more exciting and scary!

Baby Plum is now as long as a kale stem or the size of a winter squash
and should be weighing about 1.7kg.
With less than 8 weeks to go now, the time is seriously flying.
I had told myself that when I hit my friends due date on the 18th July
(her gorgeous little girl was born over 3 weeks ago now) I would start getting organised.

Yikes I really must get a move on!

Plum doesn’t seem to want to stop moving!
It’s a real mover and groover and I’m really hoping this isn’t a sign of things to come
or we may never sleep again.
Movements can be felt everywhere, especially when i sit still or go to beand you can physically see my stomach move when Plum kicks or rotates.
Its a little freaky but I love it.
From my midwife appointment and growth scan last week it seems baby is head down, which is lovely news as LB was breech (though not discovered till i was nearly 5cm dilated).

At my summer school all the kids were desperate to see or feel the baby move and found it fascinating, but B is still a little unsure about it and unfortunately isn’t one to want to put his hand on my tummy and get involved.  LB however loves to put his hand on to feel the baby, though he doesn’t usually stay there for long enough before moving his hand and saying ‘he kicked me’ and giggling.

I’m noticing I can’t bend down as well and lifting things, going up the stairs etc wears me out a little bit more.  People keep saying you shouldn’t be lifting that/doing that or whatever, except B who just lets me get on with everything-he seems a lot more chilled out about the whole ‘looking after me’ bit this time round.

I certainly feel like the bump has got bigger over the last few weeks.
I’m down to a seriously minimal wardrobe now. 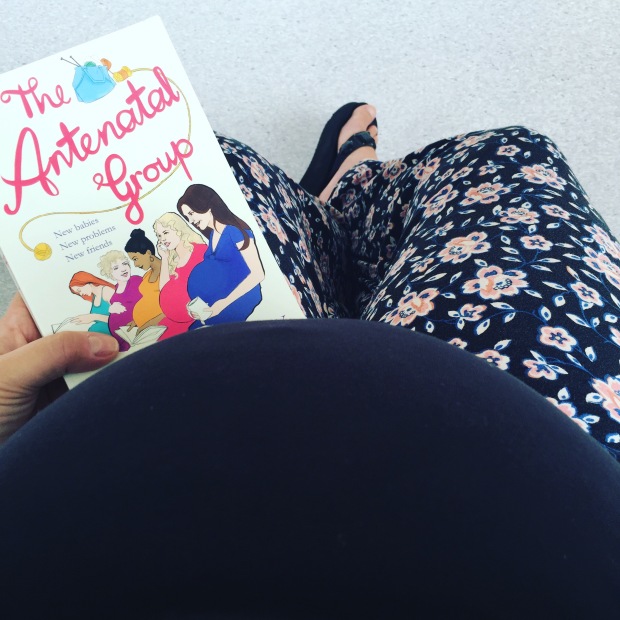 I’ve starting to think a little more about the birth now and thats scary.
I have a friend who’s a midwife and she was working with me at my summer school.
She has been talking me through lots of things, the three stages of labour – in graphic detail, things that new mothers almost always forget, things she has found people appreciate in labour, questions i’ll be asked, medication and pain relief and its all becoming a bit more real now.
I like to feel prepared, so its all good to know, but still very daunting.

I am feeling more excited about having my baby in my arms now, I’ve started wondering whether its going to be a boy or a girl (i feel like it may be a girl, but i think this is because we can only think of a girls name and a lot of people think i look like I’m carrying a girl) but then that excitement gets clouded by the worry of how Little B is going to feel, how on earth I’m going to cope and whether I’m really ready for this (bit late for that one).

Little B is being fantastic still, giving the baby kisses, cuddles and snuggles and putting his hand on my tummy to feel the kicks. I’m finding that very overwhelming and so beautiful. He is still adamant that plum is a boy.  In fact after meeting my friends baby last Week, I saw such a wonderful side of LB.  He was fascinated by her, he was so gentle and also was desperate to hold her and take full control.
He proudly said ‘My baby is coming out of Mummys tummy.’

Well I was in hysterics.

I wonder frequently if i’m a good mum.
I’m struggling to get up and down off the floor to play with LB, as well as my hips killing me.  There isn’t enough room for LB to come cuddling in our bed at night as i am flipping and turning and would be causing a tidal wave if in water and my patience is definitely waning.  LB does a lot of huffing at me (teenage years flash forward) and he’s getting really frustrated at the minute.  He wants me to be by his side all the time and although i want to be with him i don’t want him to get used to it in case this makes the transition harder for him.
He’s certainly clocked theres a change coming as he’s never been so clingy.

Ive also started to wonder if i can remember what to do with a baby?
I remember finding it reasonably easy with LB, it came naturally and I was surprised,
but this time round with two of them I just don’t know.

My hips have been killing me but thank goodness my sister in law is a massage therapist and she sorted me out with some pressure points and that has really helped-though i felt seriously bruised for about 48 hours after.
Gutted she has now gone away for the month so hopefully going to be able to keep the pain at bay until September.

I’m feeling a little more motivated which is good.
It seems if i can just get started its actually quite hard to stop me. Only problem is with LB with me all the time I’ve only really got my evenings, when to be honest all i want to is sleep.

The Braxton Hicks have started.  I have certainly been feeling the tightening and the feeling of baby moving down really low at times which my midwife friend explained is pretty normal.

Also Heartburn though luckily it doesn’t seem to last too long and nightly cramps which i am seriously not enjoying.  They seem to hit at about 5-6am and are in both my shin and my calf.  This is completely impossible to stretch out because as soon as you stretch one out the other one cramps even more.  They’ve almost had me in tears.The worst thing is those areas then feel bruised the next day too.

Unfortunately my main annoyance of recent weeks is that my GTT test came back positive. So the last few weeks has seen me pricking my finger 3 times a day to measure my blood sugar levels and being on a diet.  Not my idea of fun for the last few months of pregnancy when i just want to indulge.  I’ve already had two high readings after breakfasts that they have recommended (yet not after my three course meal out at Bills last week) and they are watching closely to see if i need to go on any medication which i really want to avoid.

I now have to be monitored closely for my own health reasons as well as the growth of the baby as if it gets too big i will have to be induced.  This means regular appointments at the diabetes clinic, more scans as well as the more regular midwife appointments that come now at the end of pregnancy.  Seeing plum again last Thursday was really lovely as you don’t think you’re going to get that chance again after 20 weeks. Unfortunately they don’t do photos at this point as baby is apparently too big, so i have had to try and ingrain those little images in my head.  Plum was having a right little wiggle and the confirmation of how it was lying made me feel better, also hearing the heartbeat is so beautiful.  Apparently Plum is already weighing approx 4lb 12oz which is fine, except baby is supposed to double in size from 32 weeks on …….. um i don’t think i can cope with an almost 10lb baby thanks.

The scary but exciting thing is we may be having a baby
in less than 6 weeks rather than 8-yikes!! 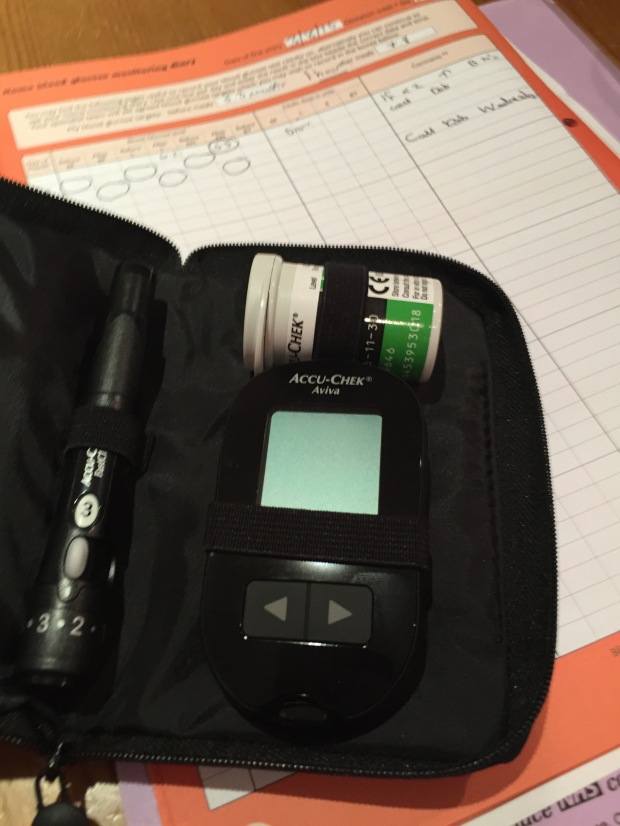 Still working on names, with my mum messaging me daily with new ideas.
We still have our girl name, but as I write it seems to be becoming more and more popular and as LB has a reasonably unusual name i don’t want this one to be surrounded by children of the same name.

I have purchased my baby bag finally and some nappy bags and water wipes to add in there……obviously a ton more things to get to add in there, but its a start.

I have really started cracking on with the sorting of the spare room not that you’d know from this…..

I have thrown out so much already and I have purchased some boxes to fill for the loft.
We just need to get on top of it all as we have anything from 6-8 weeks to go now and we want to clear, paint and organise the room, get everything down from the loft, wash it all and work out what we have and what we still need.

I’ve been looking through different travel systems on the mothercare website, hoping to get to a shop with my mum at some point soon too. I have also picked up some second hand bits and pieces from friends, but the days are seriously flying by and I’m slightly concerned we aren’t going to get it all done on time.

I am now getting excited about it all hopefully coming together.
At times i feel like my nesting has started already
and at other times i’m procrastinating like crazy.

I have a dream nursery in my head-i don’t think its going to quite work out that way
both because of time and finances but we shall see.
I’m working on a post to show you some of my ideas. 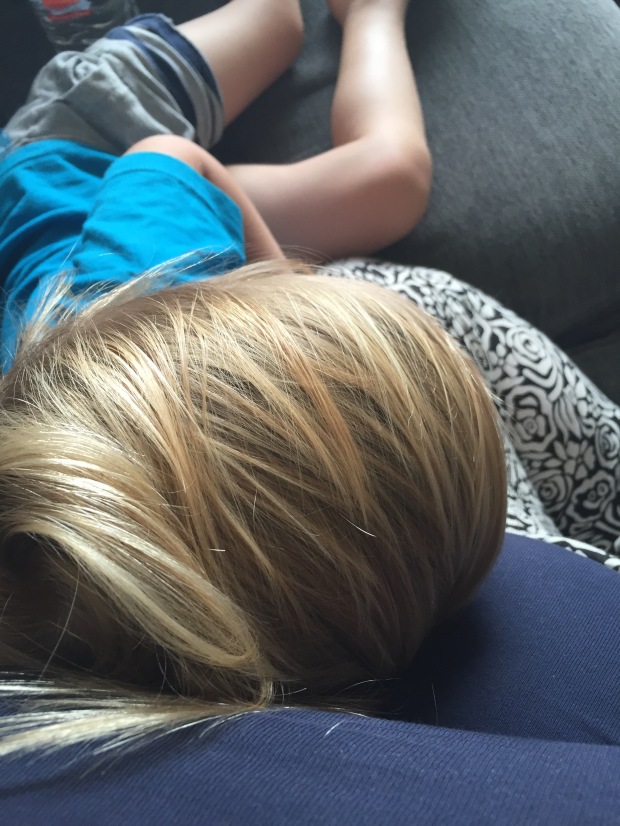