LB started preschool this week
and its been so lovely to see how he’s adapted to this new experience.
He has been excited to go since we had a trial morning back in March
and has spoken about ‘going to school’ most days since.
Its been strange to see him so excited about this change,
when I’ve been having mixed feelings. 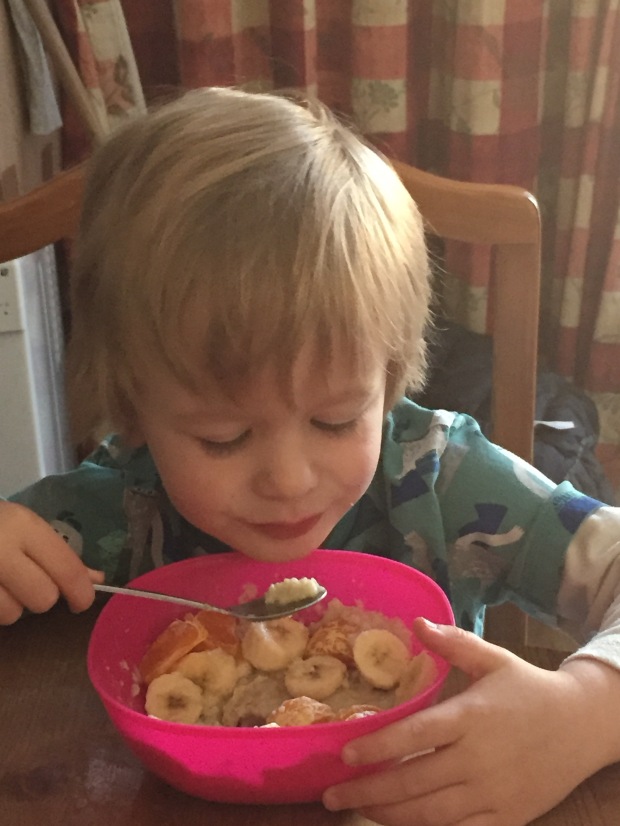 He’s my little boy!
This is the first time since i dropped him off at his Nan’s in October 2013,
when i returned to my day job, that i feel like I’ve lost a little part of him.
Where i won’t be his main influence 24/7.
I won’t be the one he comes running to or be there when he needs my help,
instead he’ll be approaching another lady-his key worker or preschool assistant.  Considering I have been one of these exact ladies to many children over the last 4 years working in a preschool myself, i know what its like myself and i’ve frequently over the last fews week had to put myself in their shoes.  I know they will be looking after my baby well!
That they will be watching his development and checking he is happy as much as i did with all of my key children-there for them whenever they needed. 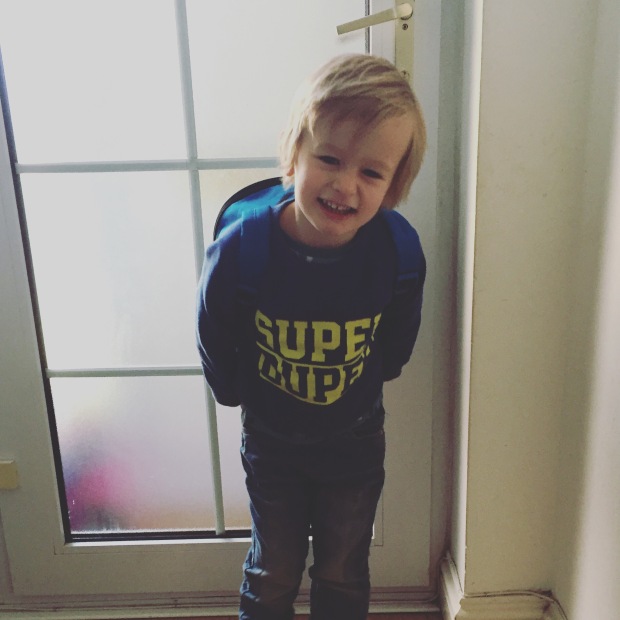 I have also found it pretty crazy as I haven’t returned back to the preschool i was working at after Easter as i had to make the decision to quit so i could make sure i was there to drop off and pick up LB and spend some time with him.
I’m all to aware that next September he’ll be off to school and i’ll miss out on this.
Also with the new baby due in October I want to make sure i give him as much time as i can so he feels involved and not pushed out.  He is and will always be my baby and I need him to know how amazing and special he is.

LB being at preschool has meant that I’ve had some free time.
CRAZY!!
I’ve done housework, been shopping (in peace), caught up with paperwork, had my hair done and helped my mum sort her house, all in the 5 mornings i’ve had free.
3 hours goes so damn quickly though so i never feel like I’ve achieved quite as much as I’d hoped (not difficult i never think i achieve enough) before its time to go get him again.

The best part is definitely 12.15pm though when i queue up outside his preschool and nearly everyday see his little smiley face at the window banging away to say hello!
The way he runs to me when I walk into the room and gives me the hugest hug,
sometimes tinged with some emotional tears or a lump in his throat,
making me hold him tighter.
The way he giggles as he tries to tell me what he’s been doing through the morning.
The way he takes my hand as we walk out of the building and asks me to run with him to the car.

All of these things make me see him as all grown up, yet my baby all in one go
and it makes me a little emotional, yet ever so proud!

I’m linking up with Katie over at MummyDaddyMe and would like to wish her and her lovely family many congratulations on the birth of their beautiful baby boy this week! X